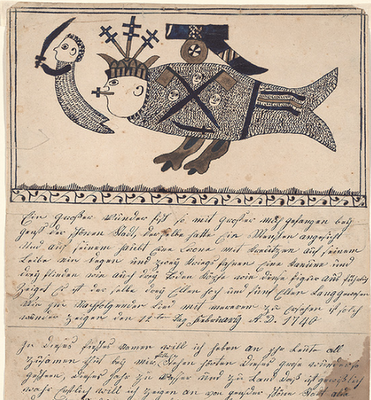 One of the most terrifying aspects of abuse is the way it erases and silences. This is, of course,  both the modus operandi and the aftermath of all forms of violence. When I was an adolescent there was a beautiful girl who I so much wanted to be friends with. She was confident and intelligent and I admired her.  One day she said something to me that stung. She said, “The problem with you Heather is you aren’t really anybody at all, you just become like whoever you are with.” She didn’t offer this critique kindly. Of course, she didn’t understand at the time why I might be this way. She didn’t know my story. No one did. People knew something was wrong. Teachers had their concerns. But I had no voice. I wasn’t able to articulate my story, because what that beautiful girl said was true–I had no sense of self. My self had been brutally fractured by sexual, physical and emotional abuse. My story was silenced.

I was drawn to literature because I was in awe of the power of words. In high school I began to devour books, any book, every book I could get my hands on, because I was amazed by the way in writing one could “tell the truth”.   On my breaks from my first job at Roy Rogers, I read about the Peloponnesian wars and I read Agememnon. Laying out in the sun on the concrete driveway, I read Emily Dickinson and T.S. Eliot and Goethe (which I mispronounced goath). One day my Social Studies teacher saw the Communist Manifesto on my desk and warned me I’d better keep that one hidden in my backpack. But I didn’t. I rebelled with books. You could say anything in books. Every story could be told. I admired these writers because I saw them as real persons in a way that I couldn’t imagine myself. They had authenticity. I wanted to be like that, to be real. So I decided to become a writer.

I was also drawn to the literal words, and even letters, as talismans. Words were sacred and had a kind of divine power in them, the way they could create a world ex nihilo. In church, to tune out Brother Bob’s Hell-fire and brimstone sermons, I used to write every word I could think of all over the church bulletin. For a while,  I told people that I wanted to be a philologist. I checked out books from the library on ancient languages, but the runes and hieroglyphs looked to my religious mother like more evidence of demonic or occult interest and my books were confiscated.  She was right. Words can be dangerous. They were forming in me a self that would eventually grow in its defiance.

Literature and writing literature can be a tool for healing precisely because it honors the voice and is itself an act of defiance against the silencing effect of violence. That is why totalitarian regimes have always feared and hated writers and literature, and why systems of oppression nearer to us, in our churches and homes and families have always kept a watchful eye on the stories that are allowed to be told.

In the poem, “The Girl Named Tents, Tanf Refugee Camp” I write about a Palestinian refugee girl in a no-mans land camp, caught between Iraq and Syria. She has a name that denotes powerlessness, but this young girl knows the power of words and of writing. This young girl, like so many others, caught between identities and struggling against oppression, rises up in defiance and recognizes the divine that inhabits one’s own self. She says,

To write my love I need a reed from Iraq,

At night, after the dust clouds settle down to the ground
and the fires die,
the sky is soot, lamp-black ink
strained through silk.

Every bone in the camp is bound together like the stitching on a codex.

I live in my tent surrounded by forms of you:

Djinns that shape-shift in your images.

Every tent has a name, and the name is the breath of you.

At night the wind ties its knot and loosens them,

Constricts the throat, then releases its sighing.

Everyone wants to write to you.

They are pulling up all the reeds in Iraq.

No one can stop all the ink from flowing.