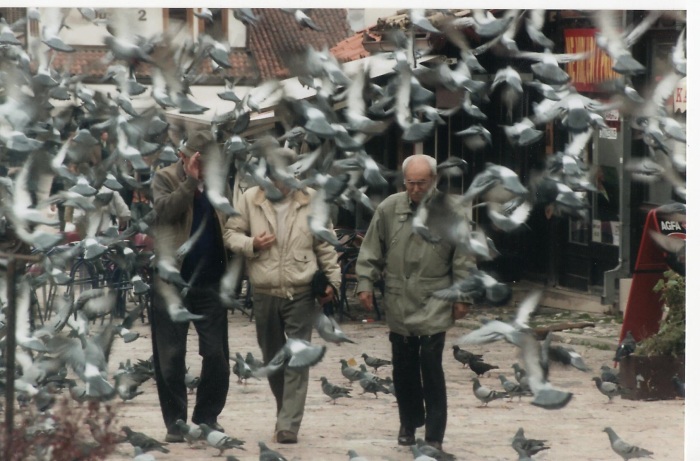 The chilled air smelled of meat.
I wore a yellow belted dress and high heels the color of Bologna.

You pressed your hip against me.
The hot afternoon waved in the windows.

The man behind the counter smiled at us,
two lovers in a foreign land.

June and the lime trees were in bloom again.
The century began in Sarajevo
and it ended in Sarajevo.

A Leonard Cohen poem in Bosnian
was tattooed on your boney hips.
… her lover for a history-full of poems.

I wanted to write about love too,
so I walked along the Miljacka River
like when we were young
and I thought I would die of a heroin overdose
every time you kissed me.

Down in the bracken
I found a rabbit faking its own death, stark still
in a crown of thorns, in the shadow of the blooming limes.
These trees survived the war. Every war.
No one would cut them down.

The rabbit stared hard, unblinking—
eye like a black marble.
until my hand reached out and it sprang

to life, flash and nerve,
a blur of Lazarus-bandages unraveling,

My heart all galloping resurrection hooves.